Have you ever heard the drum beat and the call of the singers? If you have, it stays with you forever. Pow-wow drumming and singing wakes up something deep inside of us. You can hear the drum beat and suddenly you’re carried back to some ancient memory of the land, of another time, of another language which beats deeper than any words or syllables. Each voice has a place, no matter how high or low, resonant or soft, come experience the heartbeat of Mother Earth, and thus call the spirits and nations together. As with many things in the Indian culture, the drum is used to bring balance and rejuvenation to the soul through participation in dancing, singing and listening to the heartbeat.

Warrior Women is composed of Matricia Brown and Mackenzie Brown. A dynamic mother daughter duo whose haunting melodies and harmonious song writing will give you an experience of a lifetime. Warrior Women write a perform songs written in both English and their native tongue, Cree. Matricia and Mackenzie offer performances ranging from educational performances in schools with children and youth, to traditional crafting classes, to relaxing atmospheric drumming shows offered to people of all ages. Warrior Women was founded 15 years ago. Since the creation of Warrior Women, Matricia and Mackenzie have traveled around Alberta, drumming, singing and educating the population on First Nations culture, traditions and crafts. Warrior Women has performed for Canada Day celebrations in Edson, Aboriginal Day in Jasper and Edson, performed at schools in Spruce Grove, Edmonton, Jasper, Edson, Hinton and many more places. Currently the members of Warrior Women are residing in Jasper where they perform for Parks Canada as well as the Australian Pacific tour company for various tour groups at Jasper Park Lodge. Warrior Women does anything from drum making to big powwow drum experiences and Aboriginal awareness projects. If you have ever wanted to hear the beat of the drum and connect back to First Nations roots, Warrior Women is the band for you. 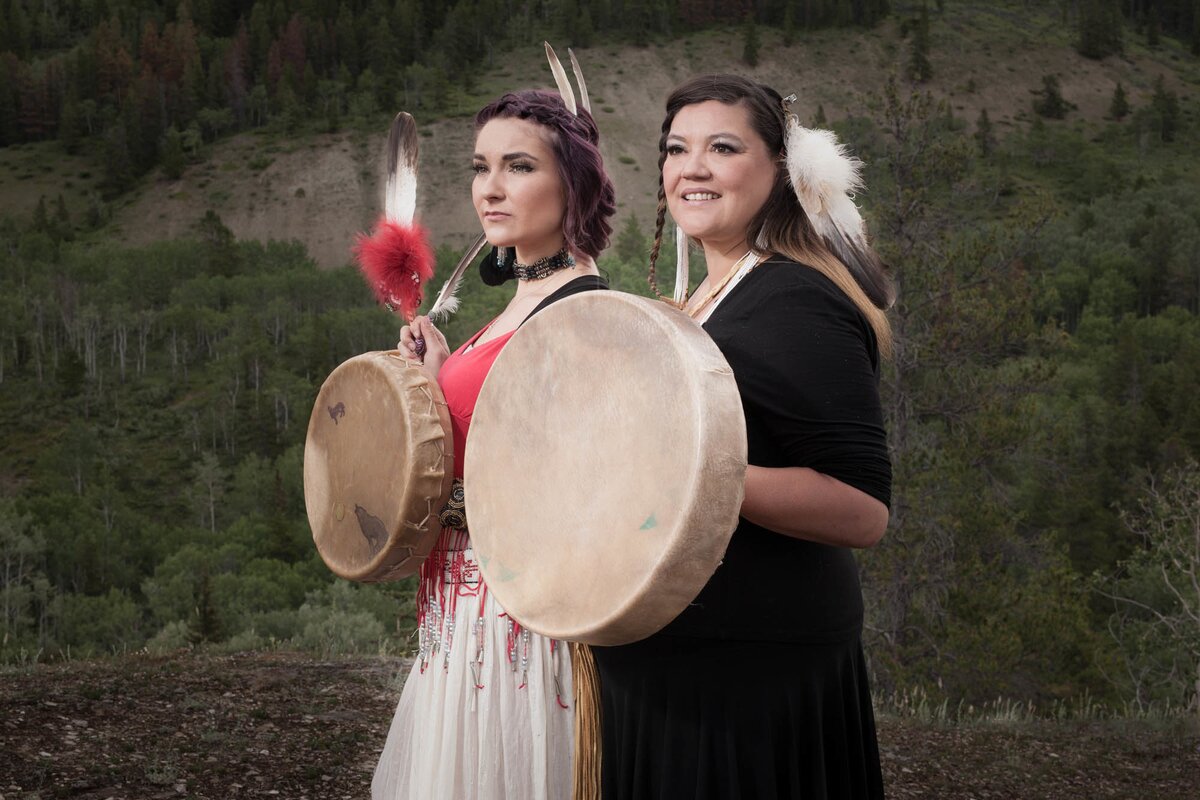